Of all the spots that opened this year, here are the 14 that impressed us the most. 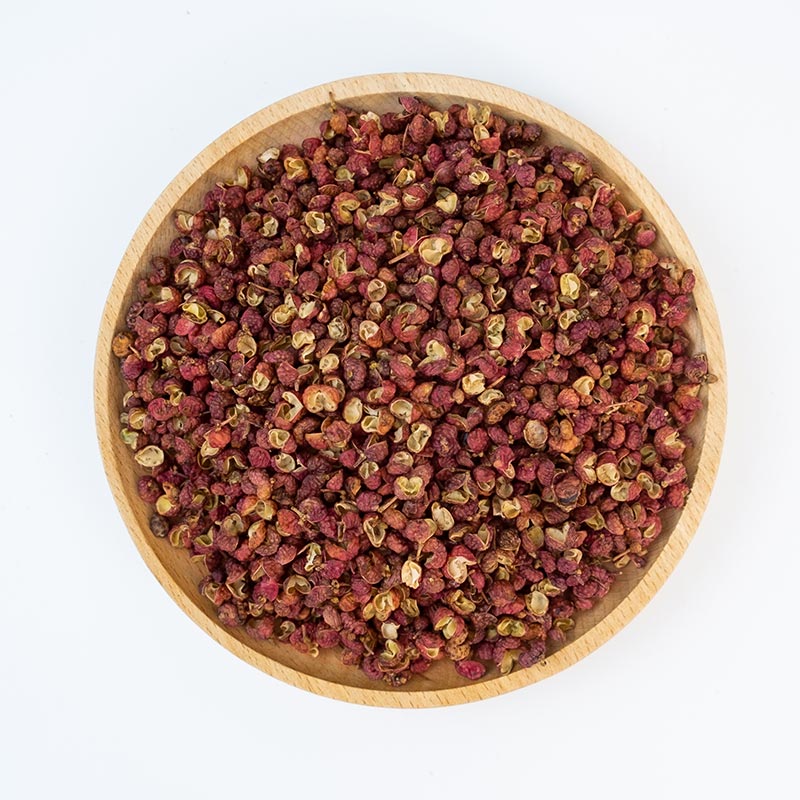 In 2022, New Yorkers were itching to go out, and a steady stream of new restaurants emerged to meet the demand. A million wine bars and food halls opened up, dinner parties were thrown, and reservations became scarcer than Taylor Swift tickets and people who don't associate corn with a TikTok sound. There was even a bit of a revival in Midtown, a former ghost town of a neighborhood that’s suddenly become—dare we say—cool.

There was so much good food this year that we’ve given top marks to four different restaurants. From a Thai spot in Williamsburg serving food inspired by royal recipes to a place in Tribeca that reminded us why tasting menus deserve to exist, each represents a cornerstone of what dining in New York City was like this year.

If you’re in charge of planning your friend group’s next big night out, start with this list. Just remember: Scoring a hot reservation is practically a contact sport now.

Located in the old Breslin space in the Ace Hotel, Koloman takes the kind of food you’d expect to find at a fancy hotel in Europe, gives it a 21st-century makeover, and then serves it all up in a surprisingly casual setting. Eating Koloman’s food feels a bit like being wrapped in a fur blanket, and all of it is excellent. We have recurrent dreams about the Brune Landaise, a heritage breed chicken that’s aged for 90 days and served in a copper pan worthy of Julia Child’s personal collection alongside tangy braised cabbage and silky spaetzle. The duck egg creme brulee makes us more excited about this dessert than we’ve been since we were kids.

If you’ve had a string of disappointing tasting menu experiences, L’Abeille, a high-end French-Japanese restaurant in Tribeca, might just restore your faith in the format. L’Abeille may serve tweezer food, but dishes like foie gras crème brûlée with onion ice cream and miso-glazed squab with charred, salted quinoa are imaginative and satisfying—a rare combination. By the time the last course arrives, you’ll be surprised that hours have passed, and you won’t want your meal to end.

Be the first to get expert restaurant recommendations for every situation right in your inbox.

At first glance, Kru might seem like a run-of-the-mill “cool” restaurant in Williamsburg. The room is dimly lit, with dark walls and some unobtrusive decorative elements like botanical illustrations and racks of delicate stemware. But this is more than just another trendy Thai spot, so don’t expect to come here and eat pad thai and larb. The focus here is on reinterpreting century-old Thai recipes, and every dish is a showstopper. Their signature beef head curry has the kind of heat that feels like going on a psychedelic trip, and their take on a peach melba, made with fermented rice ice cream, is one of the strangest, most wonderful endings to a meal we had all year.

At this point, Unapologetic Foods, the team behind Dhamaka and Semma, both of which made our 2021 Best New Restaurants list, know their brand. They serve hyper-specific regional Indian food that you’ll describe in great detail to everyone you know for months after you eat it. At Masalawala & Sons in Park Slope, the focus is on Kolkata and the surrounding region of West Bengal. Between the tapioca-stuffed sabudana vada, bone marrow with shaved egg, and off-the-bone kosha mangsho, the menu is nearly flawless. That’s to be expected. But this time, they have a bigger, brighter space (their first in Brooklyn) with more personal touches than any of their other restaurants—including a mural of the man who inspired much of the food on their menu (and is also the face on their sign outside): the owner’s father.

This was the year of the wine bar. Everyone in New York City decided to open one, including your dad, your roommate, and the person who delivers your mail. There’s an example in every neighborhood, but if you want the best, you’ll have to visit Place des Fêtes. This casual Clinton Hill spot from the Oxalis team has tweed banquettes, warm lighting, and a spacious bar with a view of the open kitchen. All of that seems standard enough, but the dishes coming out of that kitchen are on par with what you’ll find at top fine-dining spots in NYC. The menu changes often, but highlights have included fried sweetbreads on sourdough, a plate of silky mortadella, and chilled mussels with sepia ink and Szechuan peppercorns. Focus on the small plates, and order as much as you can.

Restaurants went rogue in 2022. Some served unclassifiable food (see Nudibranch below), and others, like Dept of Culture, became full-on dinner parties with set menus and BYOB policies. At this tiny Bed-Stuy restaurant, most of the seating is around one big table. They serve a four-course menu inspired by the food of North-Central Nigeria, and the chef and owner walks you through each course, offering little jokes and anecdotes along the way. Your meal always starts with a pepper soup that has a bit of a kick, and if you’re lucky you might get some housemade cheese or nutty mushroom suya. Even if you’re tapped out on socializing, you’re going to make friends here. It’s just what happens when you’re eating good food in a room full of strangers who all brought bottles of wine.

After much anticipation, New York is officially home to the second location of one of our favorite restaurants in Philly, Laser Wolf. The Israeli grill came in swinging with charcoal-grilled skewers and glorious wreaths of bottomless mezze and won over the New York dining scene by using the fluffiest pitas we’ve had all year. While the food lives up to the hype, the spectacular view is what gives this shipudiya the potential to become a household name for years to come. It’s located at the top of the Hoxton Hotel in Williamsburg, with an open-air terrace that has a panoramic view of the Manhattan skyline. Go there to eat some smoky trout, whipped hummus, and brown sugar soft serve as you look out onto the East River.

53’s location next to MoMa feels fitting: this is one of the most elaborately designed restaurants we’ve seen open in a while, and various art installations will be rotating in. But this restaurant from the Marea team isn’t all about the decor. The food here is excellent. With an executive chef from Singapore, the menu hits on a variety of Asian cuisines, all executed at a very high level. One chef is exclusively dedicated to making dumplings, and it shows: the chicken and truffle soup dumplings are the best we’ve had. If you’re trying to decide between the banana leaf-wrapped skate smothered in funky and spicy sambal and the incredibly moist Hainanese chicken in a pool of sweet soy, don’t even try. Just get both.

For the first time in forever, The Noortwyck manages to get us excited about eating New American food. Even their most basic dishes get exciting accents, like half a dozen oysters topped with yuzu kosho and sugar plum. And even though this isn’t an Italian restaurant, their pasta is some of the best in the West Village—so get it. The space is casual enough for after-work drinks, yet special enough for a birthday dinner. Most importantly, the food is consistently excellent. We also love desserts here, and might cry if they ever take their banana mille feuille off the menu.

If there’s one dish we could eat every single day, it would be the salt and pepper chicken with scallion biscuits from Potluck Club. This restaurant on the Chinatown/LES border does fun, modern takes on Cantonese American cuisine in a space that feels like a chaotic movie theater in all the best ways. There are faux movie theater displays that also dispense fortune cookies at the beginning of the restaurant and a vibrant bar with a lighted sign that says “Here for a good time, not a long time.” It’s the kind of place that’s just as good for date nights as it is for big group dinners, and since they reserve an entire section for walk-ins, it’s not impossible to get a table.

When Bonnie’s opened in the winter of 2021, they brought Cantonese-American comfort food to a sleepy corner of Williamsburg. They also brought a really good time. Think of this restaurant as a party, complete with a large-format Long Island iced tea that comes in tiny tea cups and a color-changing bathroom that behaves like a DJ’s closet. They serve the sort of comforting, umami-rich food you’d want to eat alone in your living room, but they’ve dressed it up to go out. You’ll see a sticky-sweet cha siu McRib that could be a pop-art piece and a whole trout stuffed with shrimp and water chestnuts that looks like it has its own stylist. This place is a scene for sure, and it’s still one of the hardest reservations to get, but the food will keep you coming back long after the hype dies down.

A trio of Momofuku alums started Nudibranch as a pop-up in spring 2021, and it eventually evolved into this restaurant in the East Village. With dishes influenced by South America, Mexico, and a whole host of Asian countries, we initially worried the menu might feel unfocused. We couldn’t have been more wrong. For $85, you choose one course from each of three sections on the menu, and you’ll see frog legs fried in a ginger/lemongrass batter and a mushroom and egg yolk dish we’re still thinking about. The kitchen is certainly throwing things at the wall to see what sticks, and pretty much everything is sticking.

It took a few hundred years, but this city finally has the Cajun spot it deserves. After two years of doing pop-ups, a Top Chef alum found a permanent space in Murray Hill to serve Cajun dishes with subtle Korean twists. The result is a small, casual place with colored beads on every table, like a fun dinner party on Bourbon Street during Mardi Gras. Out of all the amazing mashups here, the most interesting one is the jjajangmyun, with fermented black bean sauce and crispy fried oysters. Even without the Korean influence, Kjun would still be the best Cajun restaurant in the city—those touches just happen to make the already great dishes even better. 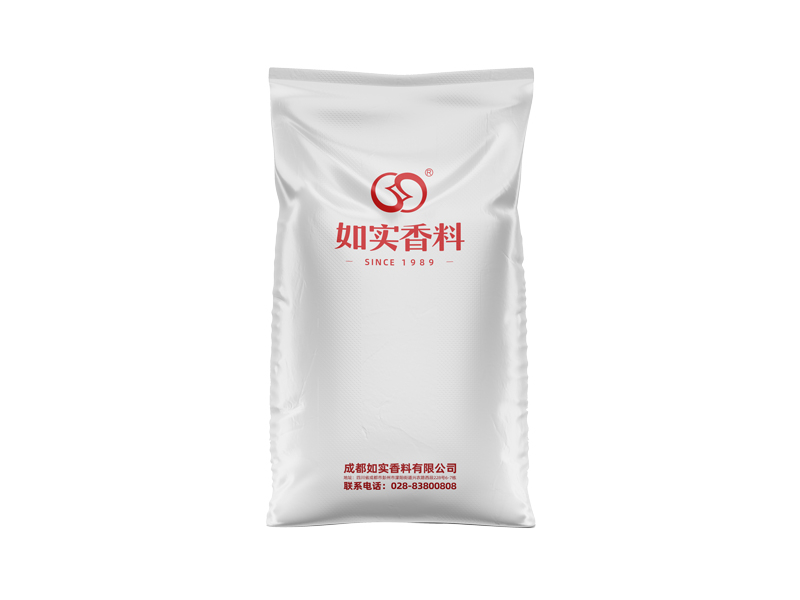 Dried Red Sichuan Pepper Powder Little Flower Cafe is like the Gen-Z younger sibling of popular Astoria spot Sammi’s Kebab House. The wood is blonde, the lighting is industrial, the tables are modernist gray slabs. Everything about the space says “this is a cool place to be,” and it is. You could easily have a first date here, stop by for an hours-long catchup with a friend, or park yourself with a book and consume one excellent cup of coffee after another. The fried chicken sandwich comes drenched in gochujang sauce, with tart pickles, slaw, and a creamy mayo all smashed inside of a pillow-soft bun. Then there’s the firni doughnut—the top is dusted with crushed pistachios, the doughnut is soft and airy, and the interior pastry cream has all kinds of subtle floral and spice flavors going on. You could seduce someone with this.